The Vine Valley Athletic League “VVAL”, starting in the 2018/2019 school year, will be anything but without history.
Three of the seven schools comprising the brand new VVAL are three of the oldest schools in California history.
Petaluma High School was founded in 1883 and is one of the eight oldest in California.
Sonoma Valley High School was founded in 1891 and Napa High in 1897.

Petaluma High picked up it’s first state track championship in 1922. The first year California had a state meet was 1915.
Petaluma’s standout was “Les” Schwobeda who must have been the big man on campus as he was also the President of the Senior Class. 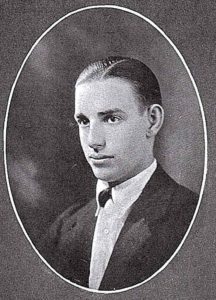 1874
Santa Rosa High School is founded, opening the doors to its current location in 1924. It is the 9th school chartered in California history.

1891
Sonoma Valley High School opens. It was meant to be a feeder school for UC Berkeley.

Ukiah was incorporated in 1876 and some time before 1900 opened it’s High School.