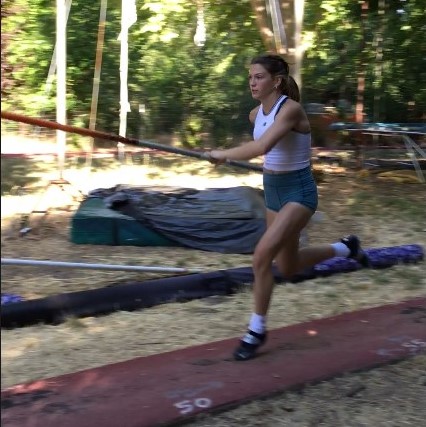 Photos taken from video of vault. More below.

The 2020 track season was nearly an entire bust because of the COVID pandemic but it didn’t keep this trio of pole vaulters from setting personal bests.

Top of the list was Maria Carrillo’s Lilly Mulligan.
Mulligan kicked off the season with a huge freshman class record back in February at 11-1.
She got to compete and win the Big Cat vault before the CIF season came to an abrupt end.

The best vault in the state by a freshman that I know of this year was by Carly Christensen of Saugus HS also at 11-1.

On July 25th with less than a month left on this season Mulligan and two others went to the Sky Jumpers Pole Vaulting contest in Atascadero, CA.
This is put on by Jan Johnson who competed for the United States in the 1972 Summer Olympics held in Munich, Germany, where he won the bronze medal in the vault.

Mulligan again improved the freshman record to 11-8 which is even higher than our Sophomore Class Record (11-4 Emely Flores, Santa Rosa 2002).
It also ties her for 5th All-Time in the Redwood Empire.
Watch video of the vault taken by Aiden Knebel

Two other locals bettered their PR’s as well.

Allison Kapustka of Rincon Valley Middle School, a 7th Grader, cleared 8-6, which is the best for that grade level I know of. 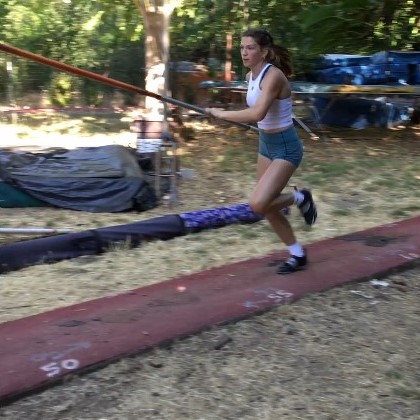 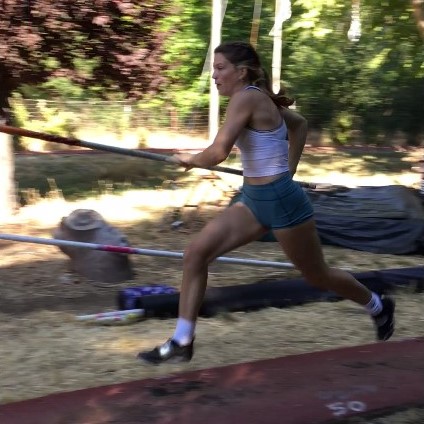 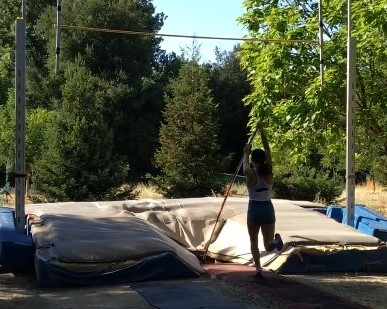 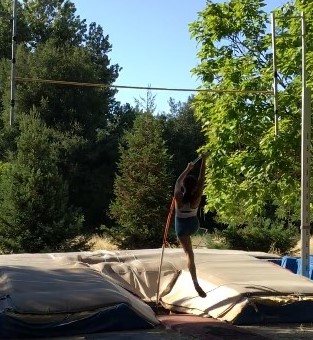 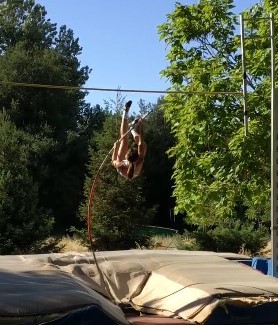 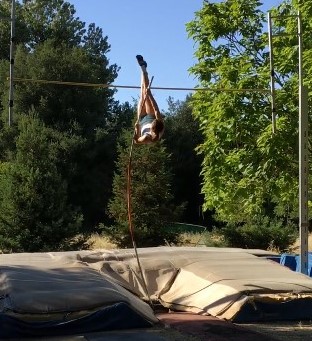 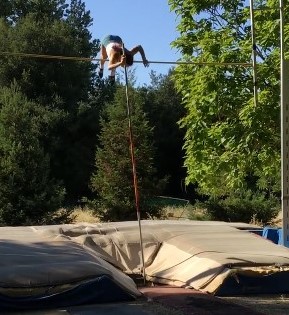 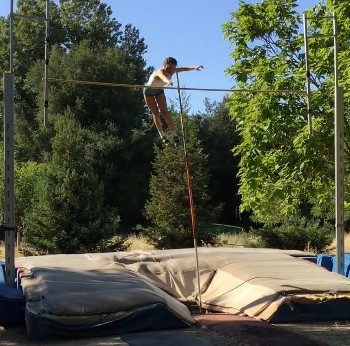