In the first full year of girls track & field here in the Redwood Empire Ukiah’s Pat Dittus became the first to break five feet in the high jump in 1976. That same year was a Sophomore who cleared 4-11 who would defind the event for many years to come.
That was Montgomery’s Deanne Neff.
Neff destroyed the Empire record the following year in 1977 clearing 5-5 twice.
One week after not making it to the MOC meet she cleared 5-6 in a Junior Olympic meet.
The first girl, in any event, to really get The Press Democrat’s attention with major headlines was Neff, who they labeled the Empire’s track darling in 1978. See story here
Neff’s best event was the high jump, where she cleared a North Bay League Finals meet record of 5-6 which was not matched in an NBL finals until 2013. Neff dominated the high jump, winning the Santa Rosa All-City meet, NBL, North Coast Section 3A, NCS Meet of Champions, again clearing 5-6, before tying for 8th at State, at yet a fourth 5-6 clearance. That mark lasted as the Empire record until 1989.

After high school Neff went on to the Santa Rosa JC and Sonoma State competing under her married name of Deanne Malvino. She became our area’s first NCAA track champion, winning the 1984 NCAA III National Heptathlon Championship.
Some other individual marks she accomplished included, 14.74 100HH, 61.66 400H, 18-2¾ LJ all in 1984 and 5-8¼ HJ in 1979.
INTERVIEW WITH DEANNE

In 1984 Grieser moved to 2nd All-Time, behind Neff, with a winning 5-5 jump to be crowned the NCS Champion that year.

A 5-2 high jump is really good but not really noteworthy here, unless it’s your worst event.
Santa Rosa’s Wendi Simmons could do it all including 5-2 jumps in 1986.

At the end of this era it was Analy’s Jackie Hurt who would leap above the rest.
She would break the Freshman Record in 1987 with a 5-4 jump.
Deanne Neff’s 5-6 jump had lasted for the Empire record for 11 years before Hurt would go one better winning the 1989 NCS MOC title with a 5-7 jump.
That mark would hold up even longer lasting as the record for another 14 years.
Hurt would win the SCL titles from 1987 thru 1989 and held the SCL meet record from 1989 for 15 years.

1990 was another season with an amazing group of jumpers lead by St. Vincent’s Sharon Derr.
Derr would have her first of three jumps over 5-6 on April 7th at the Sonoma Valley Relays.

Kelseyville’s Danielle Muniz would break the Coastal Mountain Conference Finals Meet Record in 1994 at 5-5.
And it still stands today as the record.

The Empire Freshman Record would fall that same year as Rancho Cotate’s Jessica Wright would up the class record to 5-4¼.
The following year on March 15th, 1995 she would come within an inch of the Empire All-Time record with a 5-6 clearance. 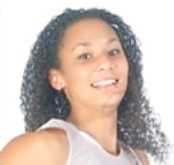 As you have read we had had some pretty good high jumpers but none came close to what Sonoma Valley’s Mindi Wiley would do.
Her freshman year, 2003, she not only broke the freshman record but oliberated the Empire record with a 5-10 jump at the Viking Track Classic.
She missed the SCL finals with an injury but was hardshipped thru to win the NCS meet at 5-10 before taking second at state with the same height.
Her sophomore year she cleared 5-10 again on March 27th, 2004 as her Sonoma Valley team competed in a High Jump Relay and broke the still standing Empire record for that event at 15-4 (Mindi Wiley 5-10, Myra Slattery 5-0, Tressa Campbell 4-6).
That year she would win her first of three SCL titles and her second MOC title at 5-6. At state she would place 8th at 5-5. Painful end to Wiley’s season
It was another very good depth year for the high jump as Maria Carrillo’s Kaitlin Sather had her own 5-6 jump that year.


In 2005 Wiley would first up the Empire record with a 5-10½ jump to win the NCS Redwood Regional. That mark is still the Meet Record.

A week later she would again win the NCS MOC with her final Empire Record of 5-11.

A 5-8 jump would earn her her second state meet medal for fourth place.

Wiley won her fourth NCS MOC meet at 5-6. She would miss the state final nine by one place in the trials.
Wiley would conclude her prep career with the seven highest jumps ever and nine of the ten best and 22 of the best 28.

Tuck would win the SCL title her first three years and clear 5-7 in 2011 at the NCS Redwood meet. Watch her clear 5-6 in this video

We have had two more NCS MOC Champions since then.


Sonoma Academy’s Kiana Herold was a three time CMC Champion.
She won the 2013 MOC meet at 5-7, then took eighth at the state meet at 5-6.


Santa Rosa Morgan Bertsch won her first of three NBL titles as a sophomore in 2012. She would win her first MOC title that year at 5-5. She cleared the same height at state to tie for 6th.
Bertsch soared to a state leading high jump of 5-9 at the Special Relays at Santa Rosa High March 13th, 2013.
The jump moved her to second All-Time behind the 5-11 jump of Mindi Wiley of Sonoma Valley and still holds that spot.