Two or three of you out there may wonder “How do I come up with this historical stuff?”

While working on the History of girls Redwood Empire 3200m I first got side tracked on Tera Linda’s Robyn McSwain and her battles with our locals.


I thought I should let you know some of the process’ I go through to find the information like this that I put up..
I am basically just going to let you know about the pre-computer stuff because most of you understand finding things on the internet.

Although I got into track stats back in the 1970’s I didn’t start collecting stats other than on myself until the 1980’s.

As a note all my lists were, for years, done with a pencil and paper. Every time a new mark came up out came the eraser and I would redo the list.
My wife had a hard time understanding how I could spend hours sitting in the couch redoing lists. Some 30 plus years later she is getting use to my hobby.
In the 80’s I got a type writer but although the lists looked prettier you still had to redo the enter page when something new happened.

When I came on the coaching staff at Montgomery in the mid 80’s I found the school had almost nothing on the track team other than the school record for each standard event.
For someone like me that would just not do. As any athlete I was self motivated by always trying to improve my personal bests. If you look at any school around only a rare person can ever break a school record but it is much easier, obviously, to make the top 10 list or top 10 for a grade level.
Now not all athletes are motivated by this but I think a large number are, so as a coach, to have these deeper lists can be a useful tool to help motivate your athletes.

So I began working on Montgomery’s track stats. By the end of 1987 I had a 64 page book I titled “MONTGOMERY TRACK The Complete History”.
Here are a few of the pages so you get an idea of what was in it. 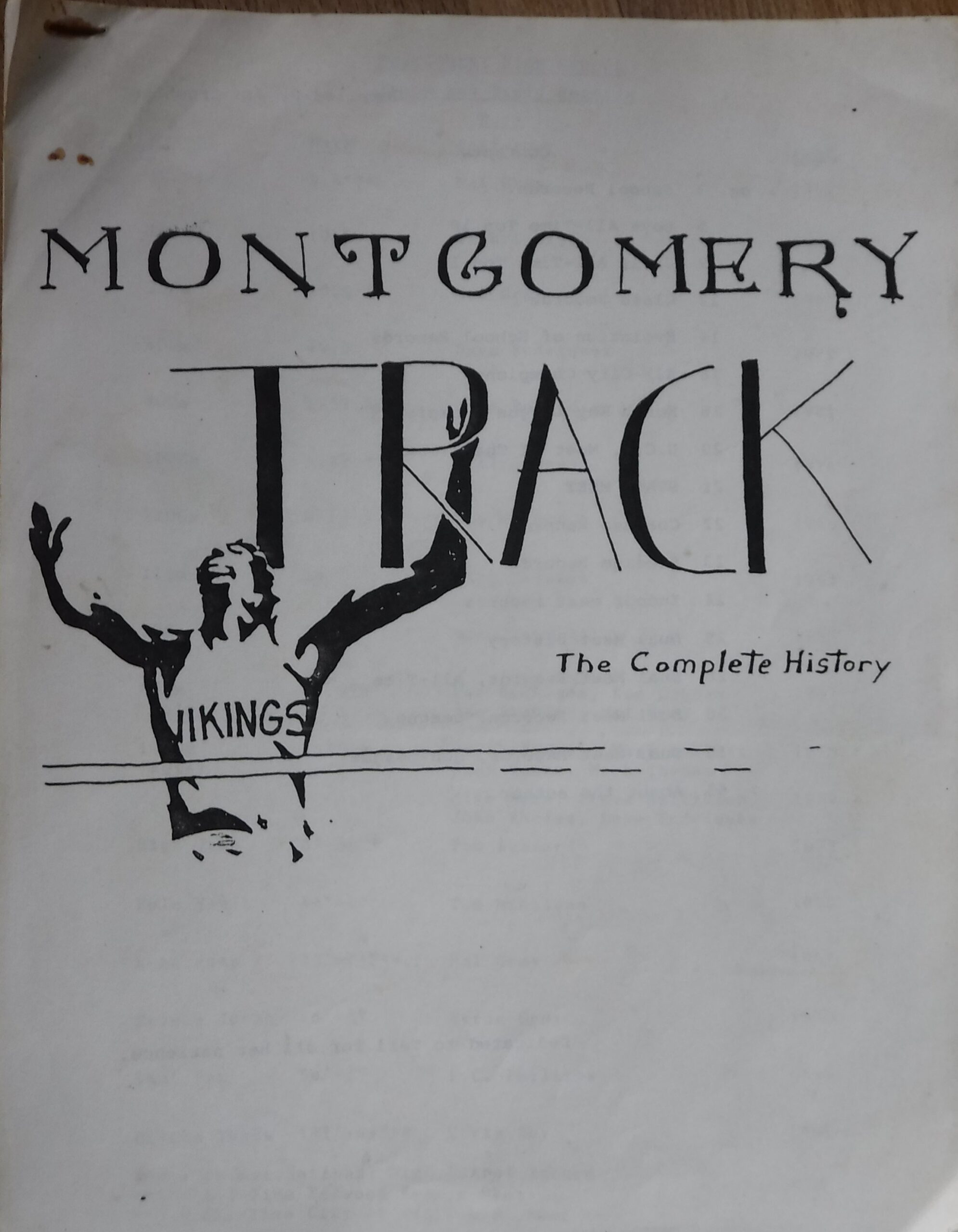 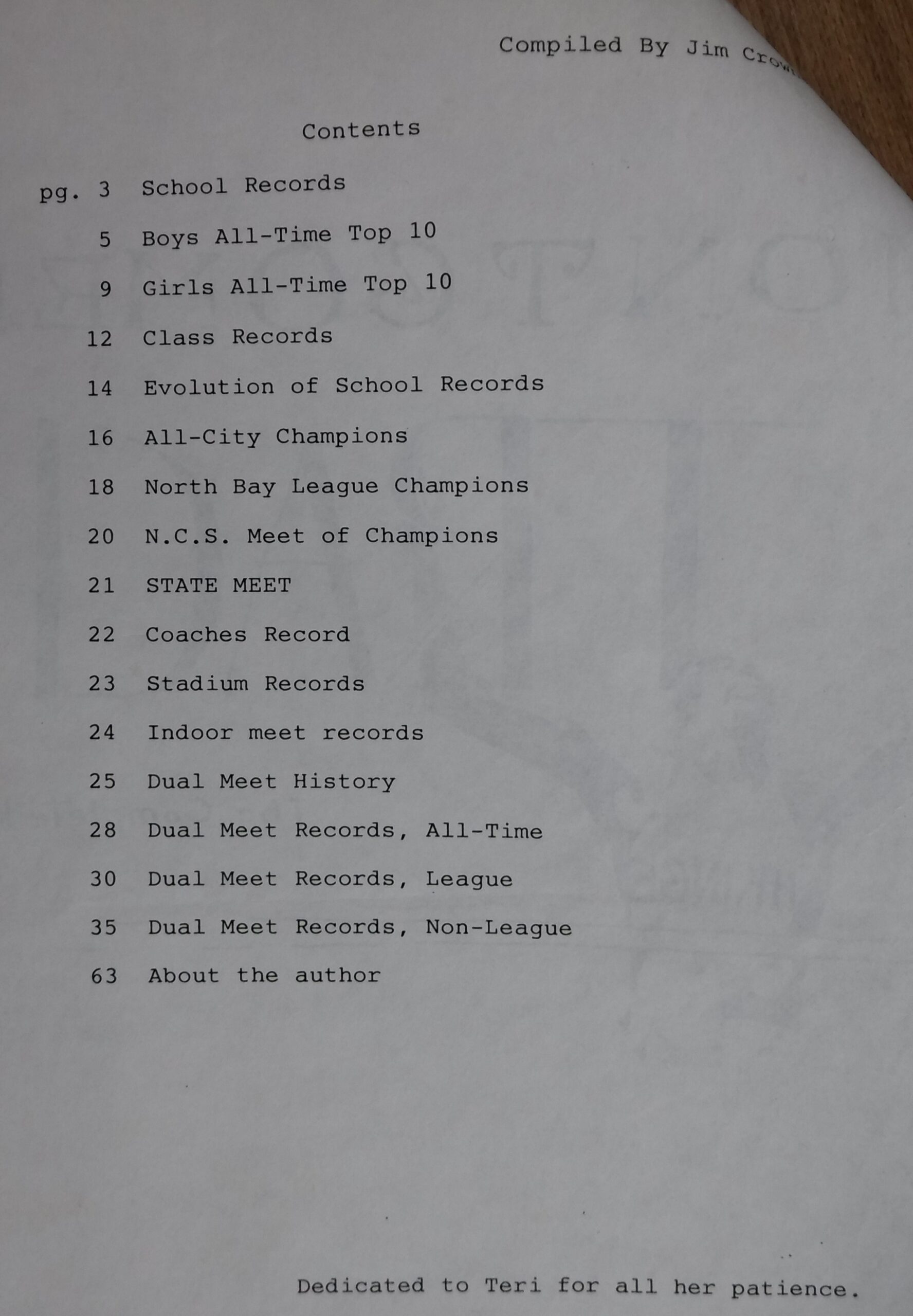 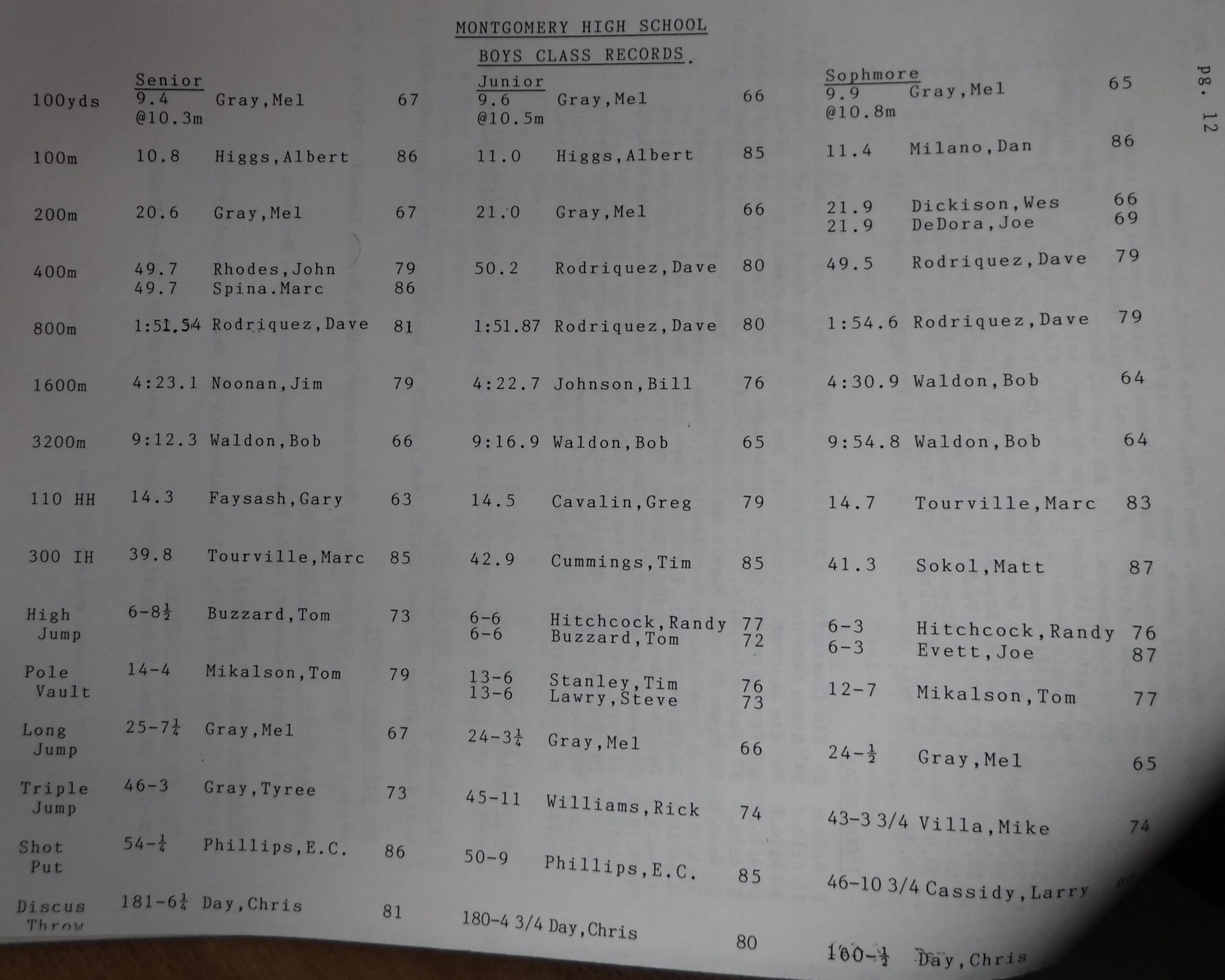 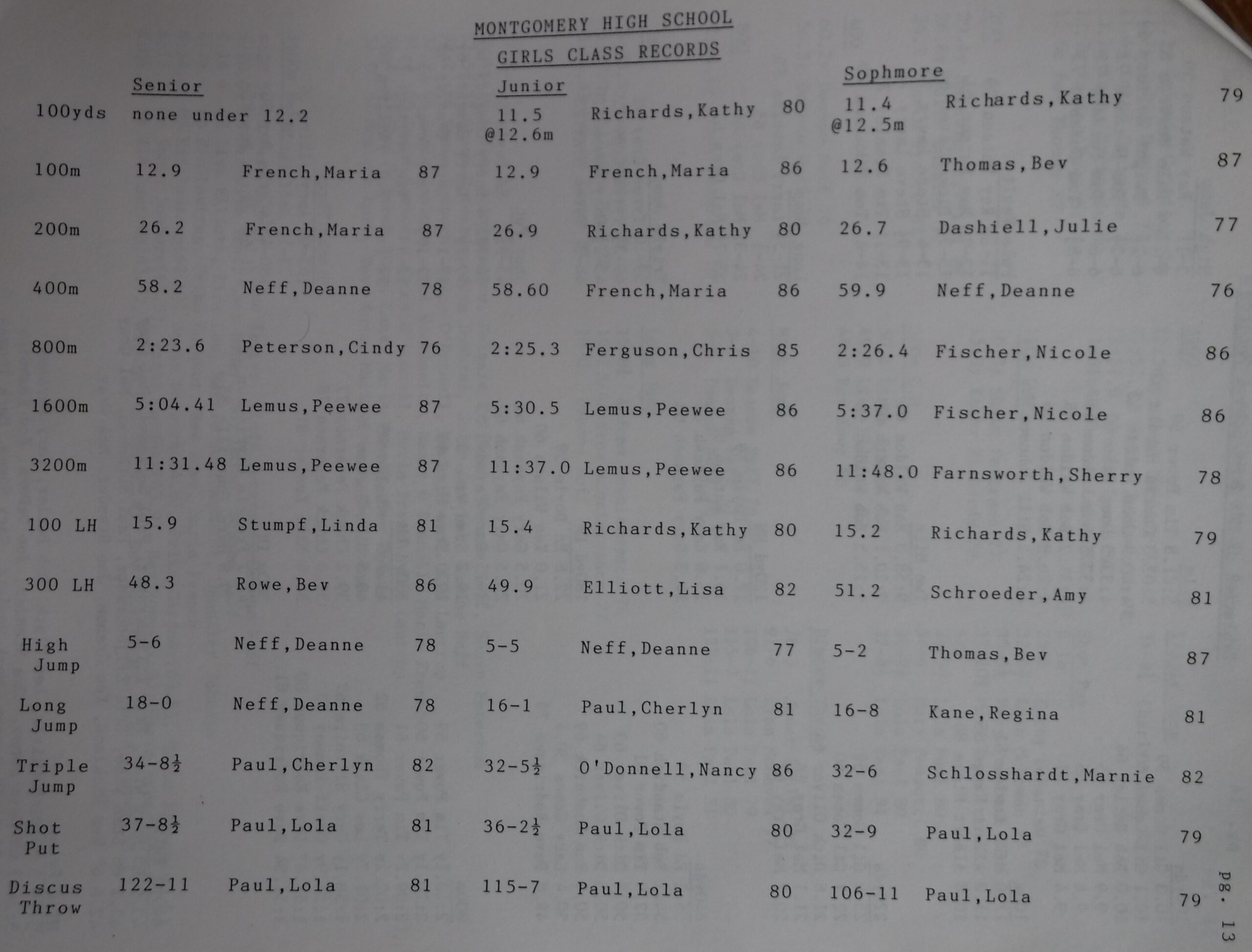 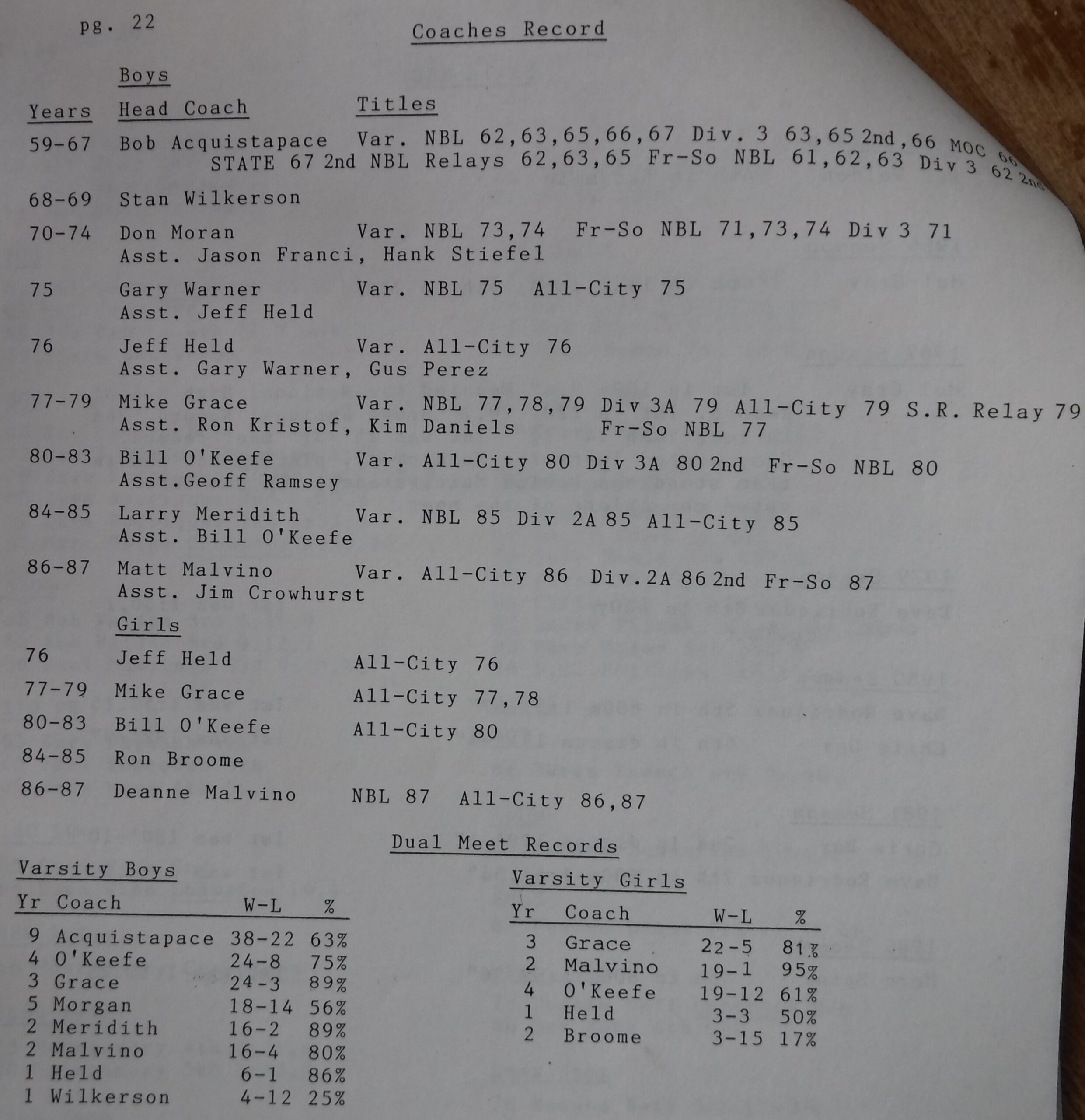 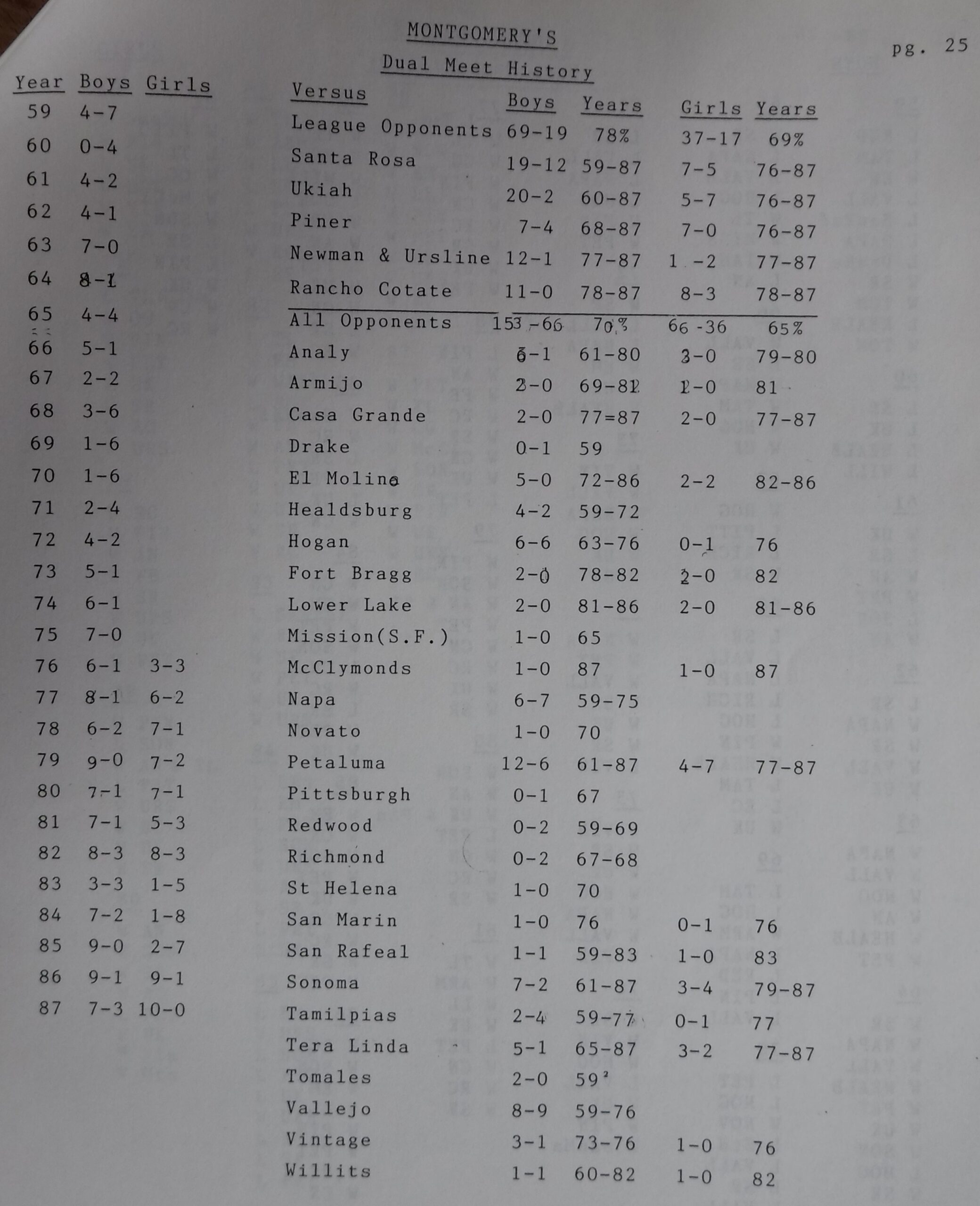 Thankfully this was Montgomery which only went back to 1959. Had it been Santa Rosa or Petaluma or some of the other really old schools I could not have done this.
I have pretty good newspaper clip files from about 1960-1999.


But to really get everything I had to do a deep dive into microfilm.
You may have seen this in an old movie were someone goes to the library and checks out microfilm and PAINSTAKINGLY scrolls thru the film trying to find some old news story. I have spent at least a hundred hours doing this. I made copies of the results for every track meet Montgomery was in from 1959-1987. 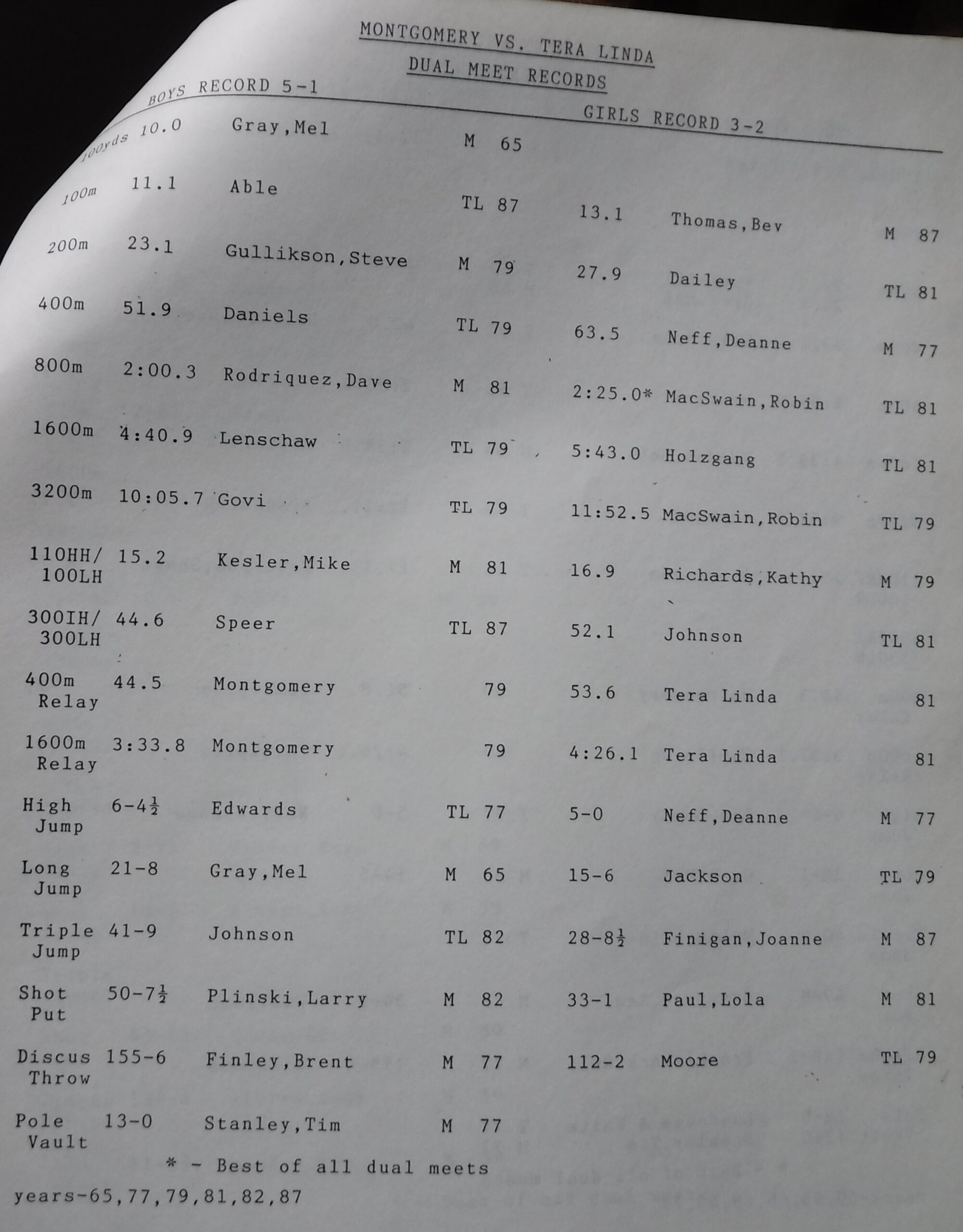 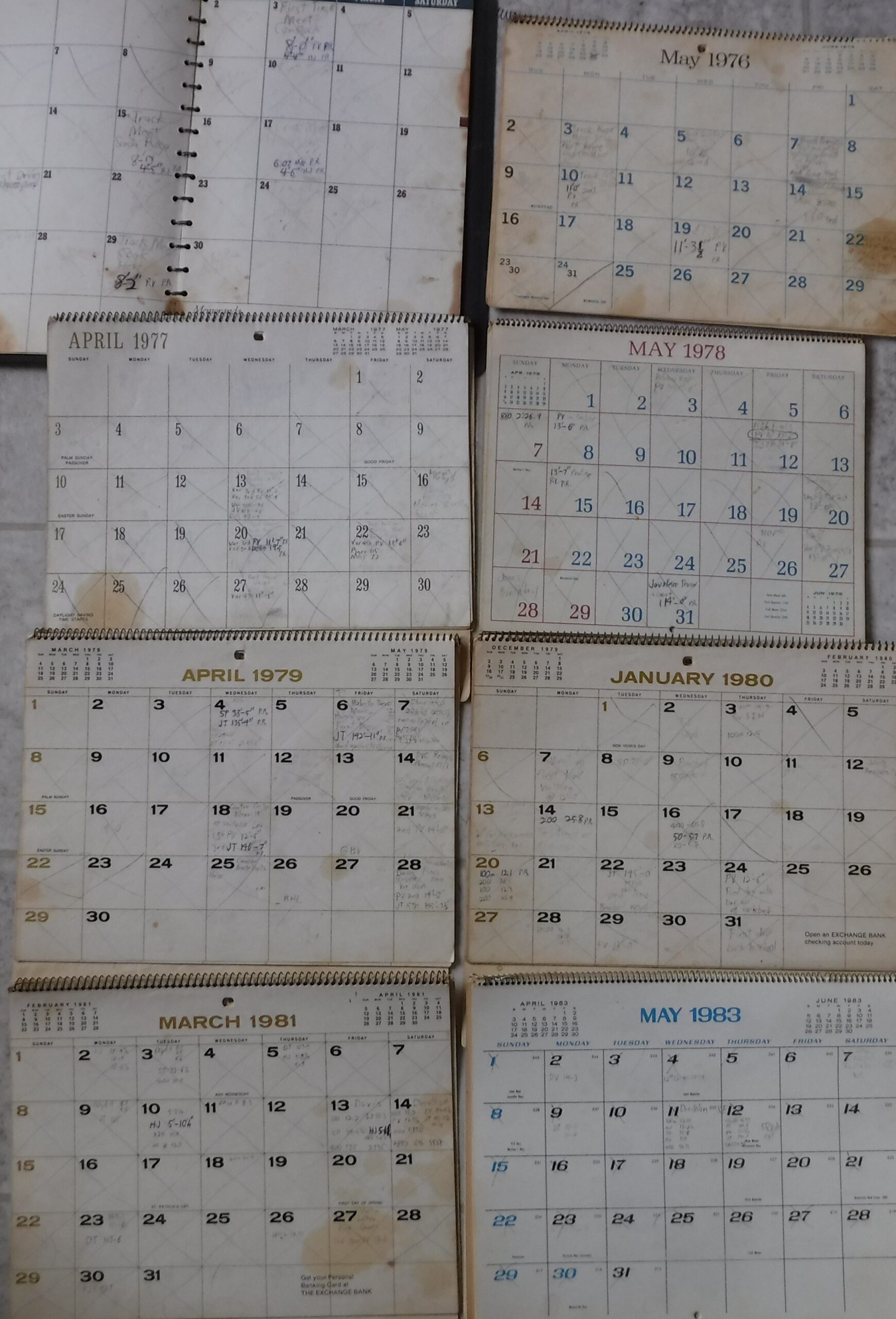 For the Tera Linda meet records you can see the Vikings went against them in 1977. I was a junior there that year.
If you look on March 2nd of my calendar for 1977 you can see I placed 3rd at 11 feet in the pole vault the year teammate Tim Stanley set the meet record at 13-0. 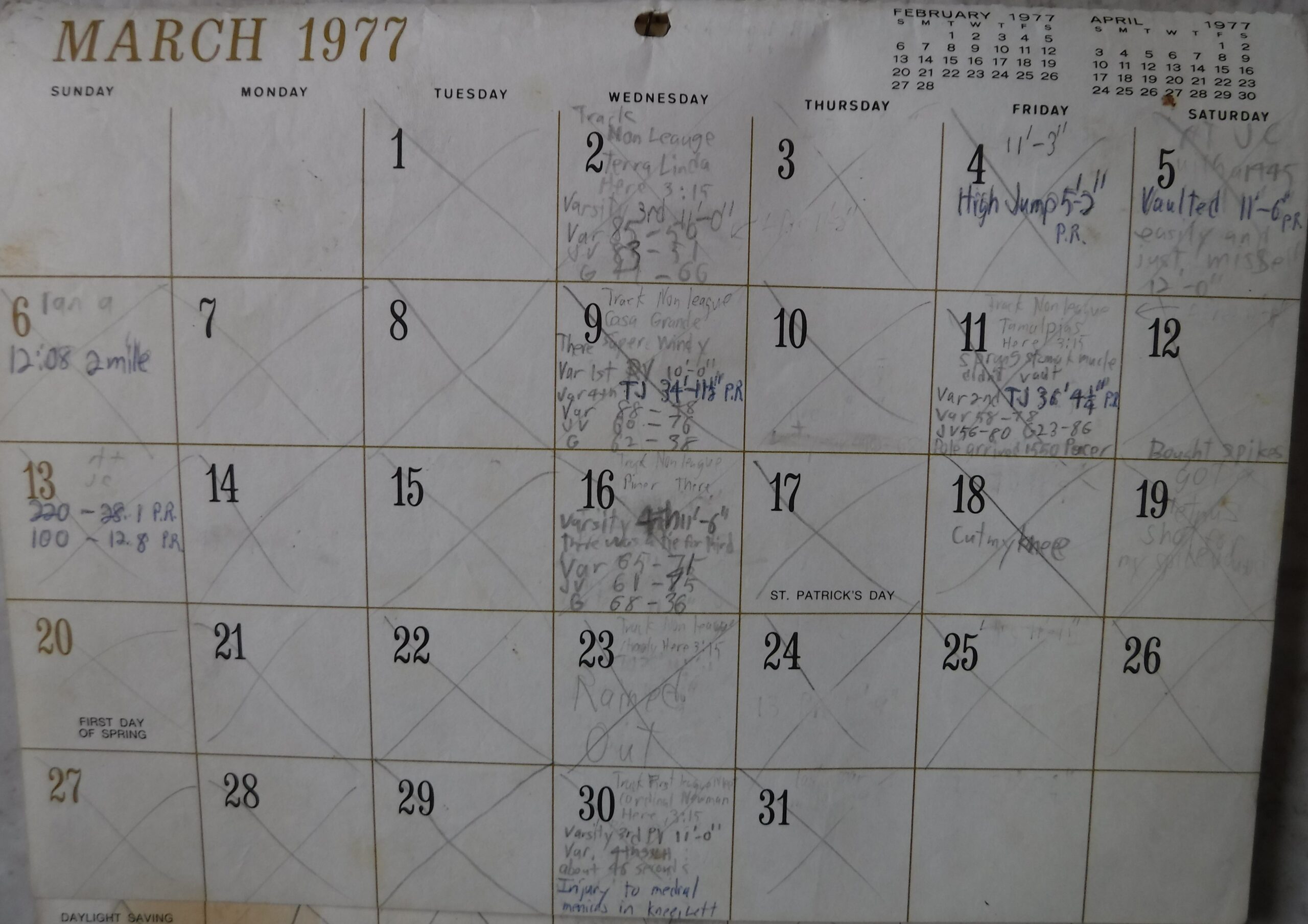 So this gives you some idea about how I pull these stories together.
I’m always coming across new stuff that I had not seen before.
I do this because I love doing it but if you enjoy anything on my site donations are always welcome.