Sara was the first non-african born runner across the finish line in the marathon and the top American.
Click on results photo to enlarge. 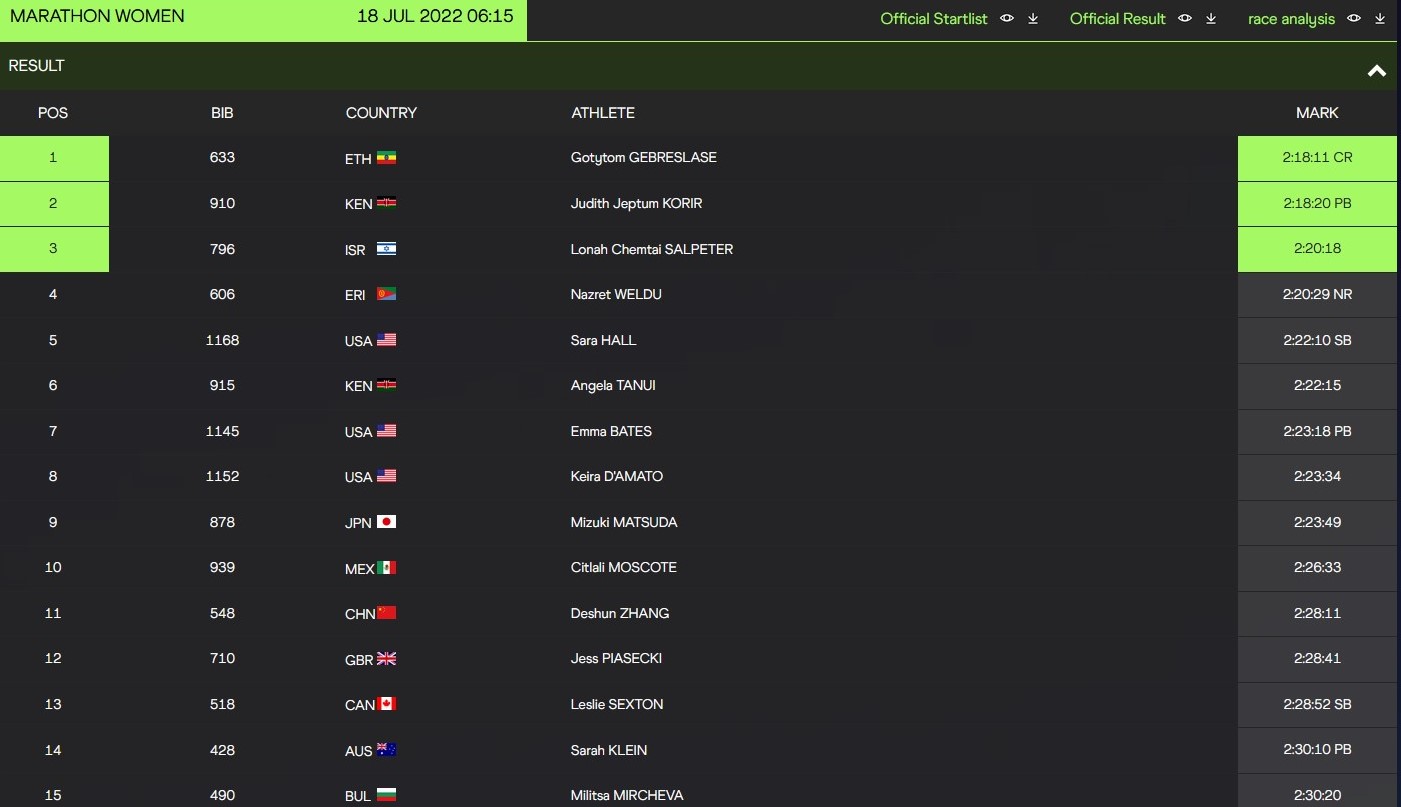 She is a two time world team member for the United States at the world indoor track and field championships. Her best finish came in 2006 where she finished 12th in the finals of the 3000 meters at the 11th IAAF World Indoor championships.
On March 28, 2015, Hall led the USA Team with a 20th place at the 2015 IAAF World Cross Country Championships
On July 18, 2022, Hall finished fifth at 2022 World Athletics Championships in the marathon with a time of 2:22:10.

Sara was the Footlocker National High School Champion while at Montgomery High in Santa Rosa in 2000.