Looks like there will be no Championship track & field meets this year.
In some cases this will be a first and in others not.

The first North Bay League track finals took place back on May 7, 1921. The girls started in 1975.
There has been an NBL finals ever since then until now.

There has been a State meet every year since then except for 1942-1945 because of World War II.

Even during those years there was still both NBL finals and NCS finals.

If you were a freshman in 1942 it meant the state meet was cancelled all four years you were in high school.

Updated after first publication
1993 had the state finals cancelled and then after much complaining rescheduled the meet for 2 weeks later.
A major rain storm was happening the week of the State meet.
They had the trials on Friday, in the rain, with Fort Bragg’s Tamika Brown qualifying for the finals in the 200.
Sonoma Valley’s Sara Jakel was scheduled to run in the 3200.
On Saturday morning before the meet started they cancelled the whole thing.
Turned out the weather was fine the day after the trials.
Articles like this was the reaction of most. 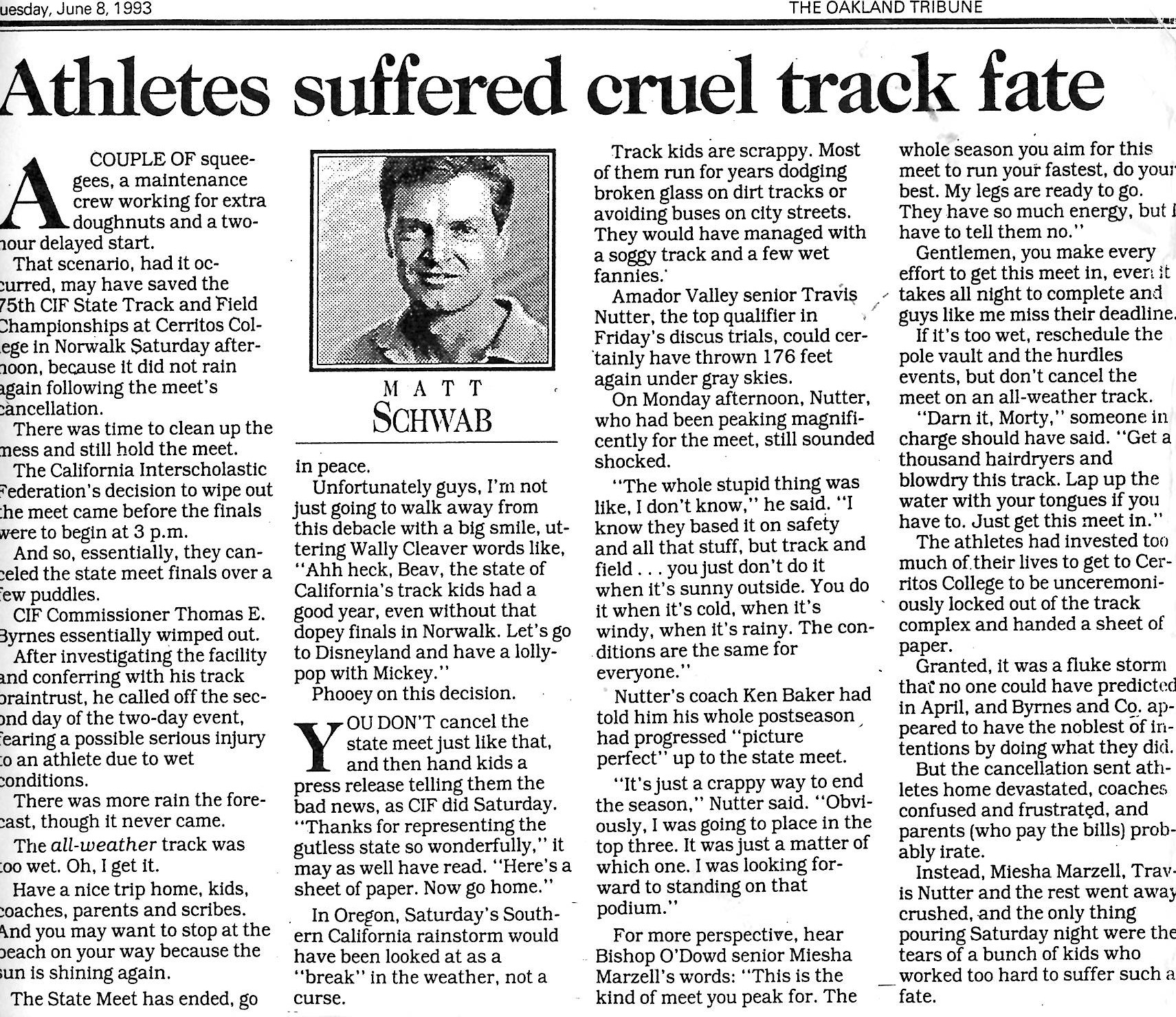 Brown was unavailable to return a week later and did not get to compete in the finals.
Jakel competed at the rescheduled finals, although she was having quite a severe reaction to the antibiotic she was on to treat the lung infection she had at the cancelled state meet. Still she came within nine seconds of her season best and placed 11th in 11:30.0. 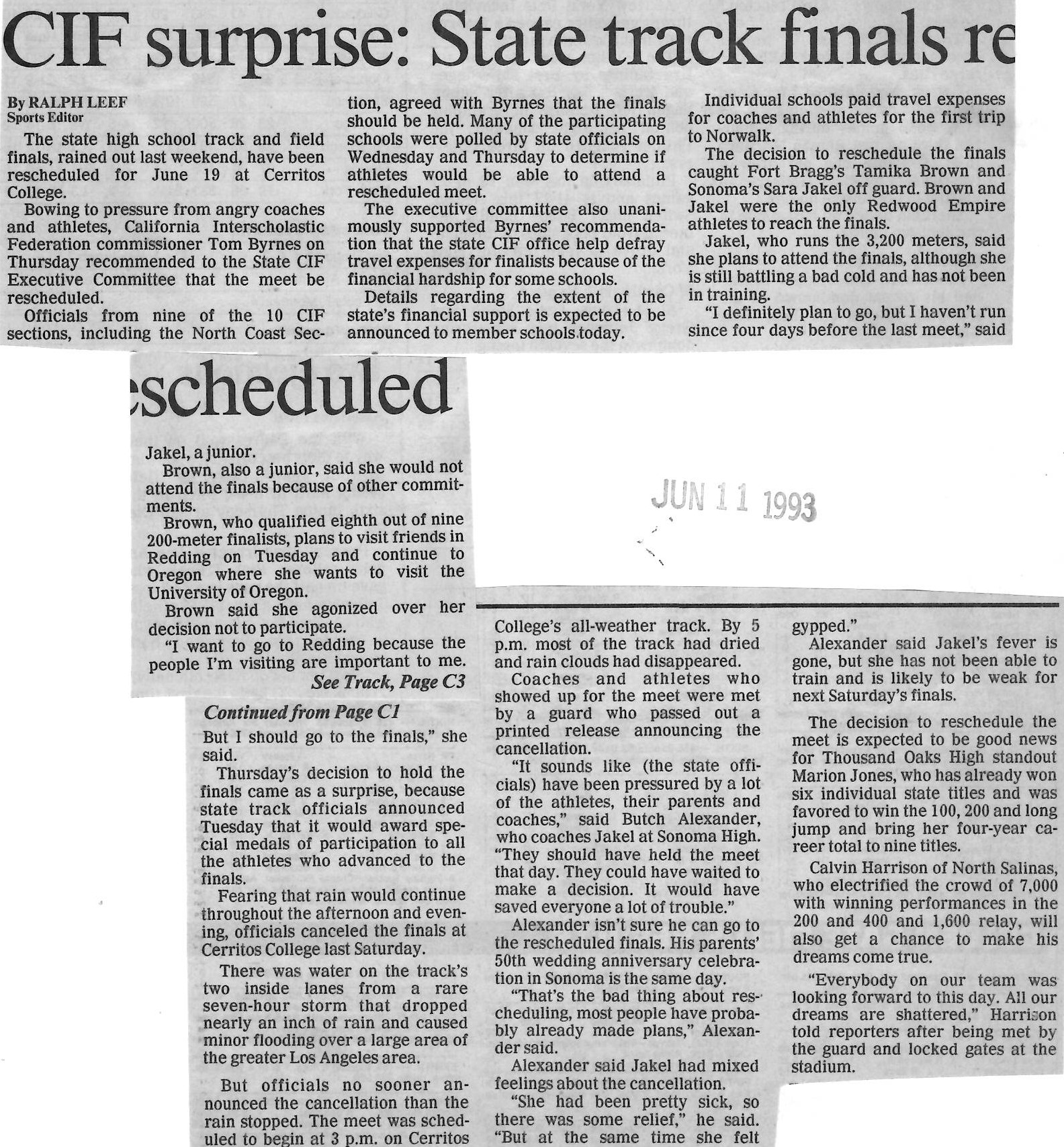